Mangrove Park Back In Focus 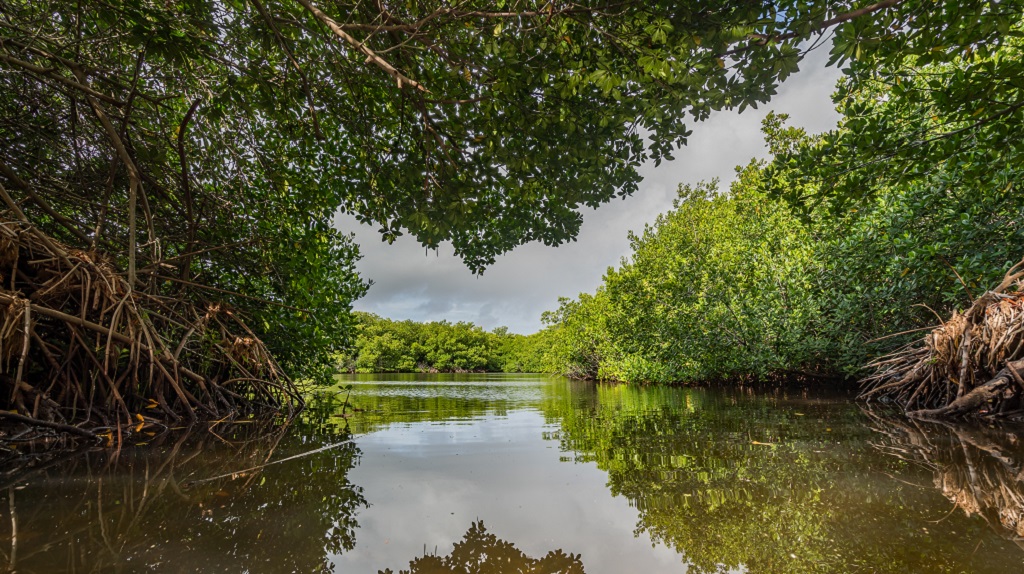 After a recent tour by ministers, the mangrove park outside the Curaçao Medical Center (CMC), for which plans were prepared in 2019, has regained the attention of the Curaçaoan government.

The minister of Transport, Transportation and Spatial Planning (VVRP) Charles Cooper is enthusiastic: “It is a beautiful project between the upcoming Courtyard by Marriott and Hotel Corendon. An opening to the sea has been made so that clean water circulates. There is a boardwalk and visitors can enjoy the beautiful flora and fauna in this great park where an observation tower has also been built.” It is indicated that when the park is completed, biological research center Carmabi will manage and maintain the park. Cooper promises to put his shoulder to the wheel on this agreement.

His predecessor Zita Jesus-Leito explains that the construction works are basically finished. However, work is still underway on the pumping station at the Social Insurance Bank (SVB). Large pipes are now being laid from there up to and including Klein Hofje, through which all the sewage from Otrobanda will soon have to pass. She explains: “Previously when the pumping station was not working, the sewage came out in the mangroves. Now a dam has been built. Should the pumping station break down, the polluted water will be collected and sucked away. But the new pipes will be laid soon now and then there will be no danger.”

The next step, according to Jesus-Leito, is to sign a management agreement with Carmabi. “An alternative proposal has been submitted to start with office containers, so Carmabi can get started and officially open the park. There can also be a container with kayaks so that tourists and visitors can take a boat ride. Ticket sales will allow Carmabi to keep the park clean and maintained. The institute will also take care of the information boards that are still missing,” said the ex-minister.