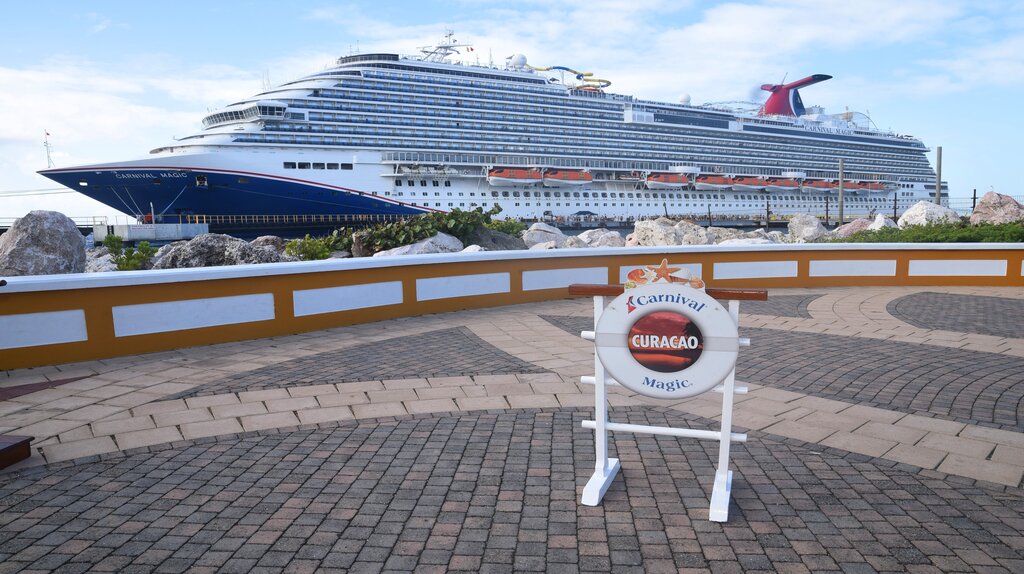 The first cruise ship to call at Curaçao’s port following the peak of the COVID-19 pandemic and the particularly devastating effect it had on the cruise tourism industry was a Celebrity Cruises ship, which arrived on June 10th, 2021. Since then, the island’s cruise tourism has rebounded considerably, with approximately 60 port calls this year, primarily from Carnival Cruises, Celebrity Cruises, Windstar Cruises, and Royal Caribbean International cruise lines.

The Royal Caribbean International brand alone brought about 180.000 cruise passengers to Curaçao. And last Thursday, the Voyager of the Seas ship from this line also made its first-ever port call in Curaçao’s port. This is the lead ship of Royal Caribbean International’s Voyager class. Launched in 1998, it is equipped with the first rock climbing wall and the first ice skating rink ever installed at sea.

During its visit last Thursday, the Voyager of the Seas brought in a total of 3765 tourists. And to commemorate the historic occasion of its first visit to Curaçao, the ship’s crew welcomed officials from the Curaçao Port Authority (CPA), the Curaçao Tourist Board (CTB), and the ship’s agent, Maduro Shipping, for an official ceremony that ended with the exchange of plaques.