A New Shopping Mall In Otrobanda 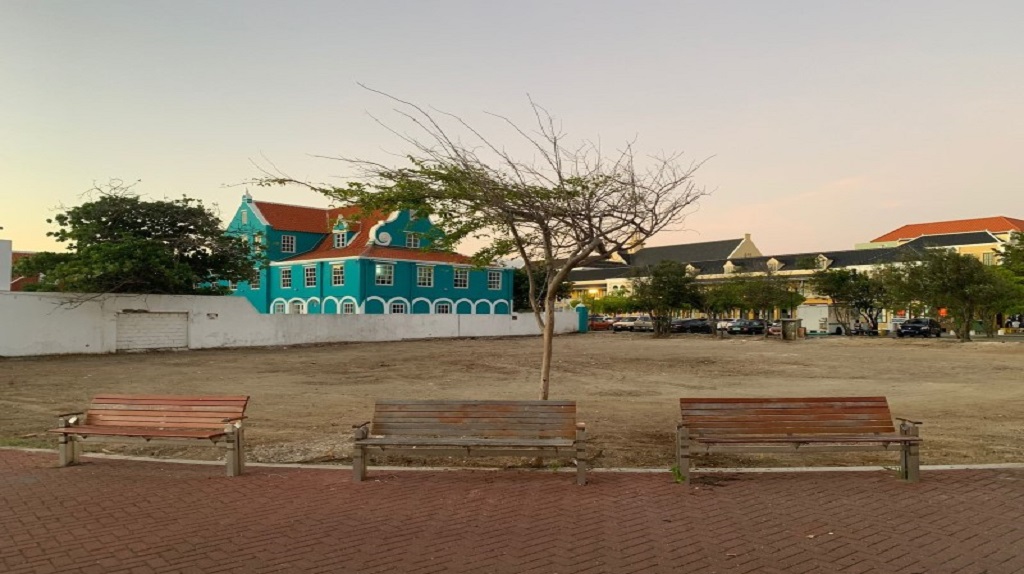 Stores and restaurants will be built on the site of the former West End theater, adjacent to the Brion square of Otrobanda in downtown Willemstad. Construction of the project is expected to start in January.

So says Harish Rao, managing director of the Abaque Group and owner of New India Assurance, on behalf of one of his clients. Pending permits from Curaçao’s Spatial Planning and Development (ROP), Rao can’t yet reveal many details about the project, such as the names of the developers and artist impressions.

“ROP is working hard on it and is extremely cooperative. Hopefully, we will receive the final permit by early next month at the latest,” Rao says. “Then construction work will start right away in January.”

Of the 1,500 square meters, 1,200 square meters will be occupied by a two-story building. “It will be an open structure where people can walk in and out freely.” The design is by architectural firm Studio Acht and meets UNESCO’s World Heritage requirements.

According to Rao, it involves a contemporary architectural style that simultaneously falls back on the typical architecture of the former West End building.

The theater was notable for its candy cane colors and Art Deco features, and opened its doors to the public in late 1941. By the end of the 1990s, the building was completely dilapidated — by then it had been out of use as a movie theater for years, due in part to the rise of video cassettes.

The bare site was purchased years ago from entrepreneur John Daryanani by the new owner. “This will give the economy a boost,” says Rao.