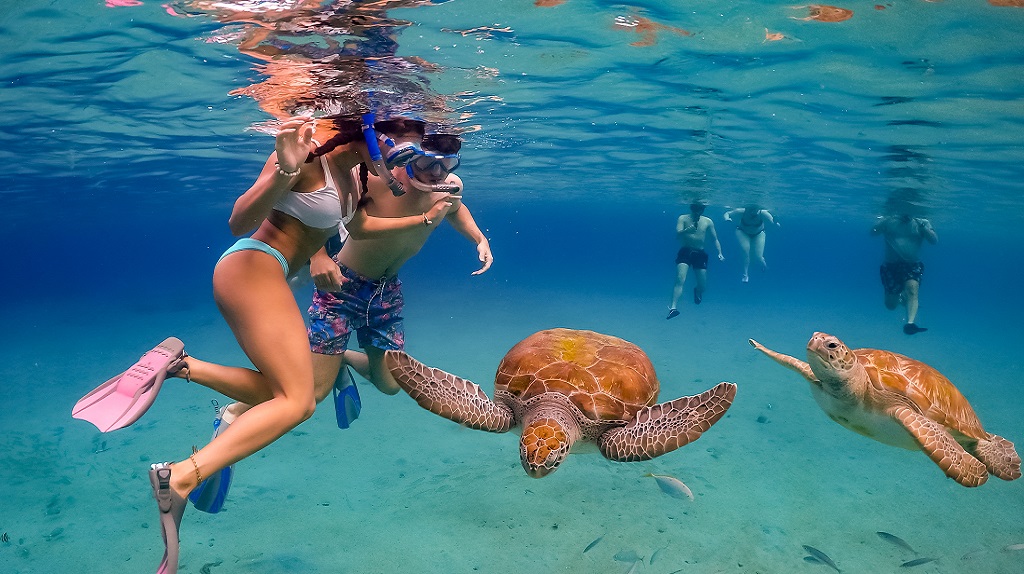 In December 2020, a documentary film titled Curaçao Underwater Kunuku (Curaçao Underwater garden), which showcased Curaçao’s beautiful marine scenery, had its premiere in Curaçao to rave reviews. It tells the story of a group of ocean lovers, who go by the name of The Suit Ocean Team, who traveled by snorkel around the island’s Easternmost, Westernmost, and Northernmost points in late 2019. It took them 8 days to accomplish this journey of about 100 kilometers (62 miles), during which they captured some magnificent footage of Curaçao’s shoreline and displayed the island’s on, off, and underwater beauty.

This footage was compiled into what became Curaçao Underwater Kunuku, a special non-profit documentary released to the Curaçaoan public by the Lawrence Mensa Foundation (LMF). The goal of this documentary was to demonstrate to the audience that Curaçao may be enjoyed not only by deep-sea divers but also by swimmers using a basic mask and snorkel. With this, LMF hoped to contribute to attracting more tourists, particularly snorkelers and their families.

This ambition was indirectly fulfilled; the Curaçao Tourist Board (CTB) and Curaçao Hospitality & Tourism Association (CHATA) have used select footage from Curaçao Underwater Kunuku in numerous marketing reels in the ensuing years, contributing in no small part to the island’s current tourism explosion. In addition, the LMF has made raw footage from the documentary available to Curaçao’s Caribbean Research and Management of Biodiversity (CARMABI) for research and educational purposes on the island.

And now this stunning film is widely available to an international audience on YouTube! In addition to Papiamentu, it is now available in English, Spanish, and Dutch. German and Portuguese versions will also be available soon.